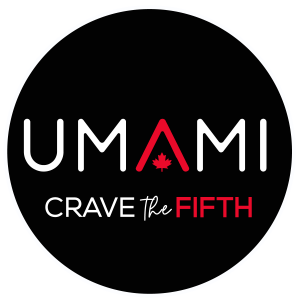 UMAMI Crave the Fifth is owned and operated by sisters-in-law Joanna Best and Stephanie (Best) Gaudette. Originally from New Brunswick, Joanna and her husband Justin essentially cooked across Canada, from East to West, arriving in Kelowna in 2010. Along the way, Justin discovered a cider emulsion style of dressing with nutritional yeast as its base. He proceed to create his version and anyone who was lucky enough to taste it loved and raved about it. Justin and Joanna talked about bottling this “cider vin” for many years but it was only when Stephanie and her family moved to Kelowna in 2014 that the talk became more serious.

In April 2018, UMAMI Crave the Fifth Original was finally available for purchase in its first Kelowna store and they haven’t looked back.

Aptly named “UMAMI” because of its savoury taste, the Original provided the base for additional gluten-free and vegan products, UMAMI Curried Maple and UMAMI Chipotle Caesar, all of which pair perfectly with UMAMI Crave the Fifth Ready to Cook Grain Blends.