Tristan and Aubyn Banwell have been running Spray Creek Ranch, a farm just south of Lillooet, since 2014. They manage a diversified livestock operation, raising cattle, pigs, laying hens, chickens, and turkeys, all certified organic and animal welfare approved. Their land base has grown to around 500 acres, leasing some adjacent properties recently. The Banwells are growing their on-farm abattoir for their own slaughtering purposes and to help other small farms in the area with slaughter. Tristan Banwell says, “We are quite small in the grand scheme of things, but quite diversified and sort of vertically integrated little operations.” They directly market their meats throughout their local region, the sea to sky. 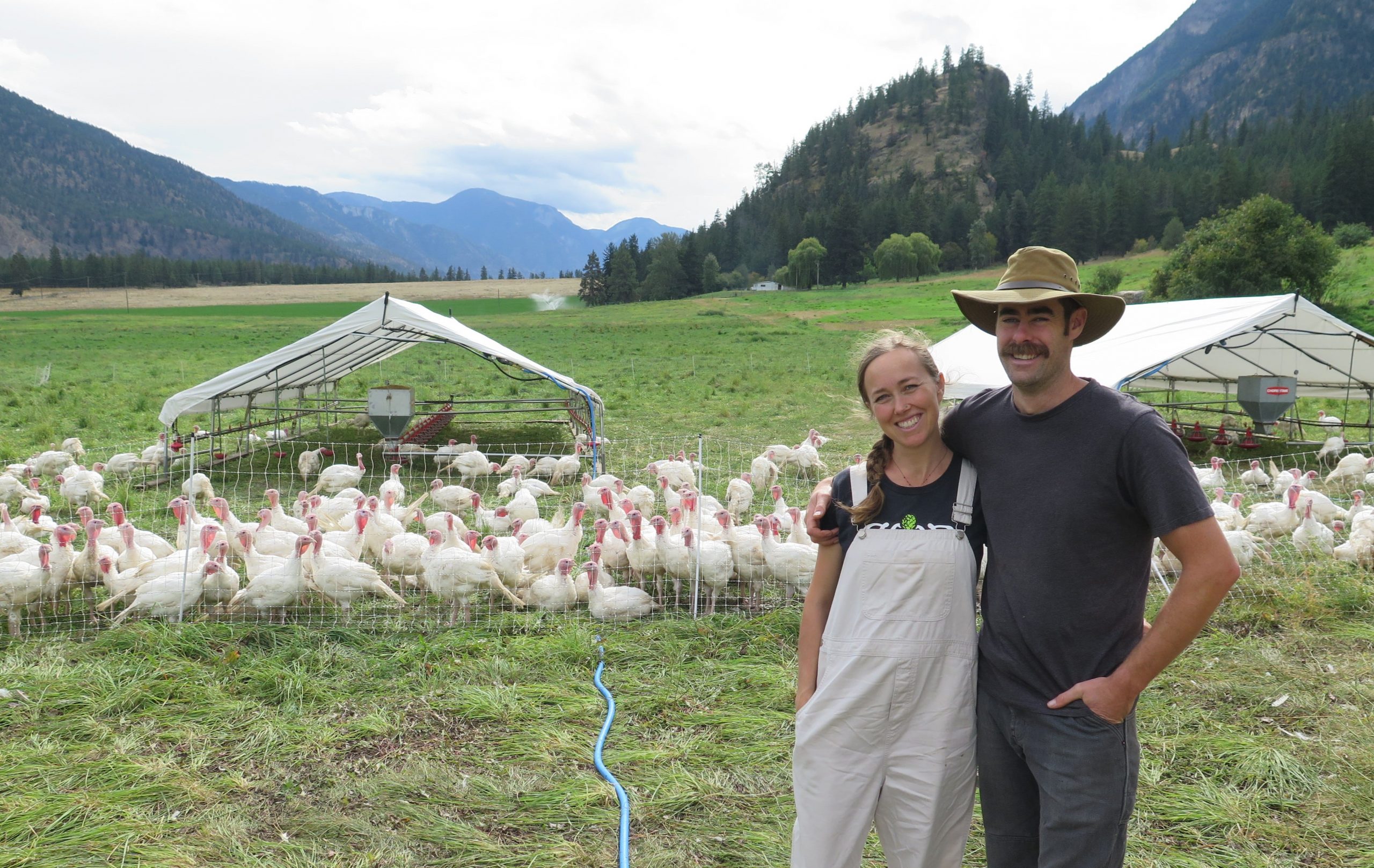 Tristan and Aubyn Banwell at the Spray Creek Ranch

When raising their livestock, they thoroughly consider what is best for the land. Banwell admits the land is not suitable for crop production, saying, “It’s hilly, it’s rocky, it’s gravelly. There’s fields that you wouldn’t dare touch with a plow or cultivate because it would just turn into a gravel pit.” Animals make sense for the property they work on, and they help improve the land. Banwell explains, “We were able to implement a lot of practices to move the ranch forward into a more regenerative type of farming where we’re able to improve the soils, where we’re able to improve animal health, we’re able to reduce the use of toxic inputs or eliminate the use of toxic inputs.” He says they achieved this, “Through the diversification of our products and through focusing on genetics that work really well in our environment instead of using crutches to prop up animals that don’t do well in our production system. And, having a diverse set of market streams as well, and that’s enabled us to not only go on to be supporting ourselves and our family, but also hiring other people, creating some employment and creating a facility where we’re able to offer services to other farmers so that they can raise diversified livestock on a small scale, which is really challenging right now in B.C. for a lot of different reasons.” 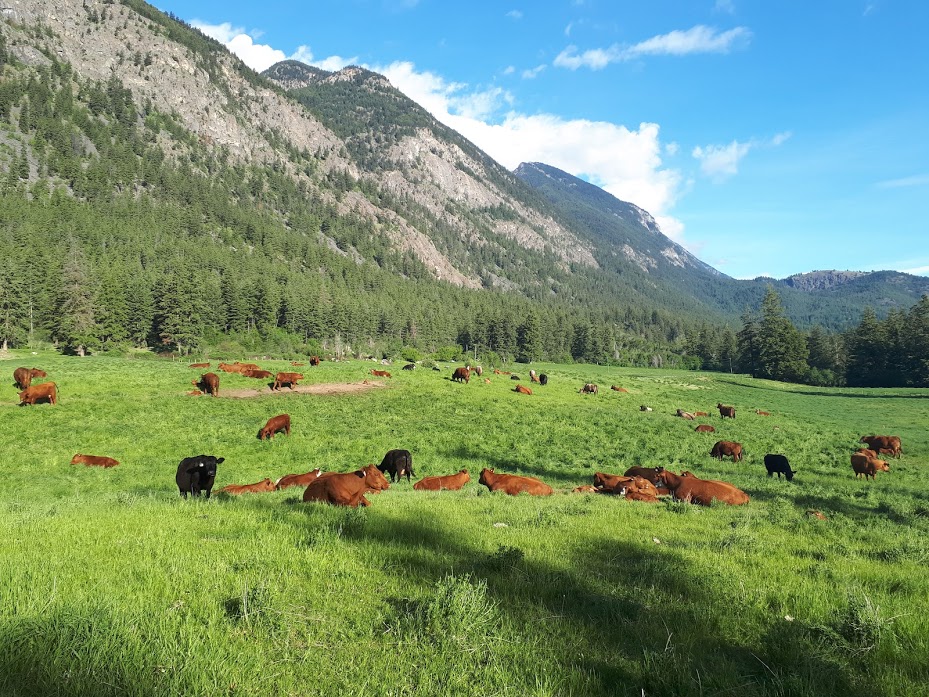 Protecting and enhancing biodiversity is important at Spray Creek Ranch. One major task is that they fence riparian areas around their pastures to keep the cattle out of surrounding ecosystems. Banwell explains that by fencing these areas “they can go through a natural process of succession uninterrupted by your farming practices.” They zone their farm into areas that are used occasionally, intermittently, and some that are used for observation. He says, “We allow them to just proceed with their natural succession, whether that’s recovery from past disturbances caused by land use, agriculture and another development here, or whether it’s areas that have been relatively unknown impacted.” Another important aspect of biodiversity is with predator friendly practices. He explains, “If there’s a conflict between livestock and predators, we do our best to avoid those types of conflicts, especially through extensive use of electric fencing, to reduce the chance for predator conflicts to start with. Because many times, of course, conflicts between predators and livestock lead to culling the predators. And we think that having the predators here and in our ecosystem is an important part of farming in balance with the natural world.” There is biodiversity enhancement in their actual agronomic systems. In the Banwell’s case, they have diversified perennial pastures that don’t need tilling; the soils are regenerated and continue to develop in terms of their own biodiversity. Banwell says, “Our goal, eventually, is to have the whole farm in perennial pastures that don’t need to be disturbed or replanted, but continue to be enhanced by the fertility created by our rotational grazing program and our intermittent disturbances with livestock rather than with machinery.” 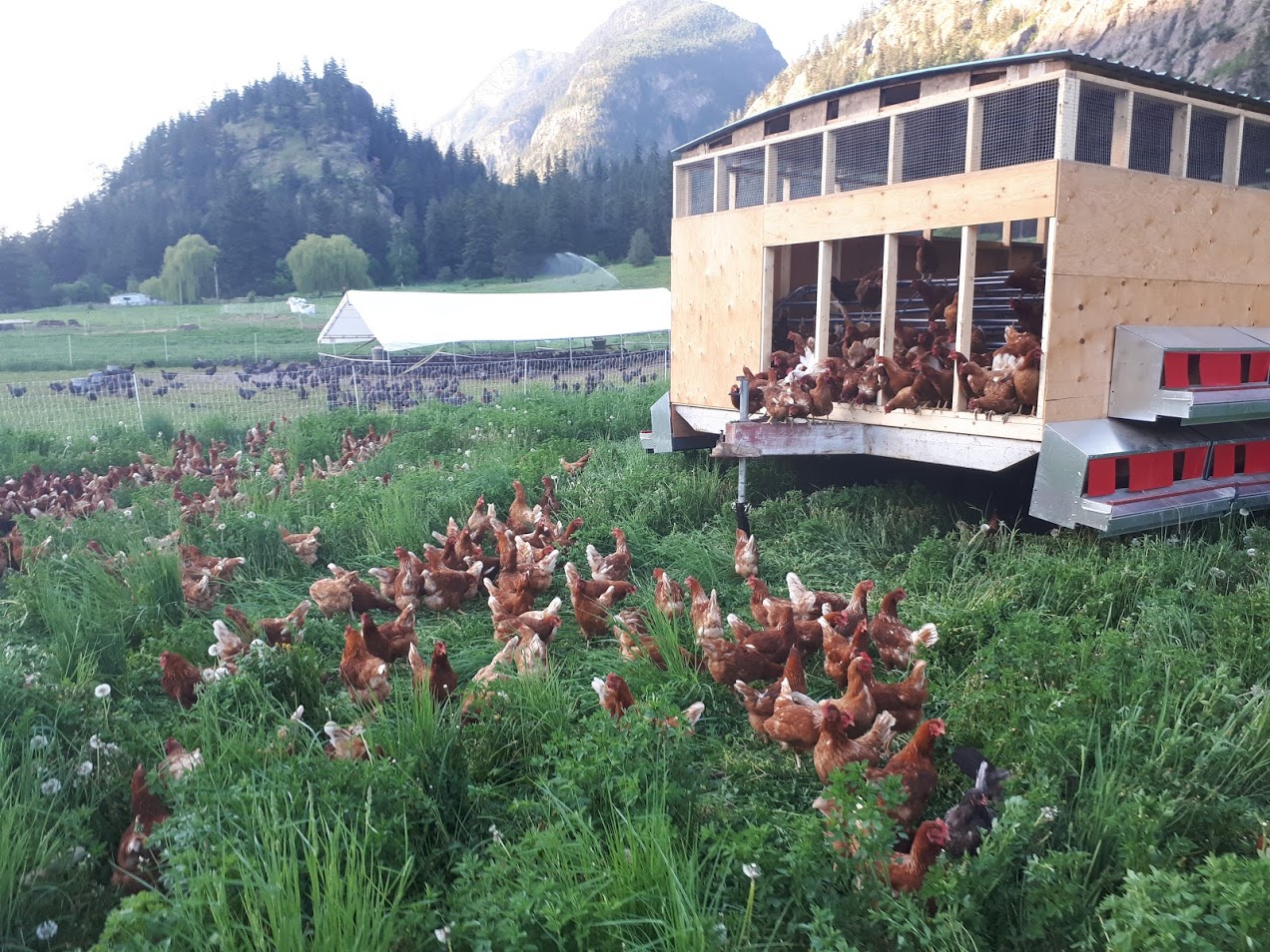