Posted on Monday, 25 May 2020 under Citizen Seed Trial

Watermelon can be a bit of a difficult crop to grow in Canada… unless you’re growing Blacktail Mountain, that is! Originally bred by Glenn Drowns as a young lad at his home in Idaho, this year’s seeds came to the Citizen Seed Trial from Sal Dominelli of Gabriola Island’s Sweet Rock Farm. Besides selling seeds directly through his farm’s website, Sal is also a member of the BC Eco Seed Co-op.

In this interview, Sal tells us about the variety he “fell in love with a little bit,” lets participants know what they can expect this season, and speaks to why projects like the CST are important to the ecological seed movement in BC. 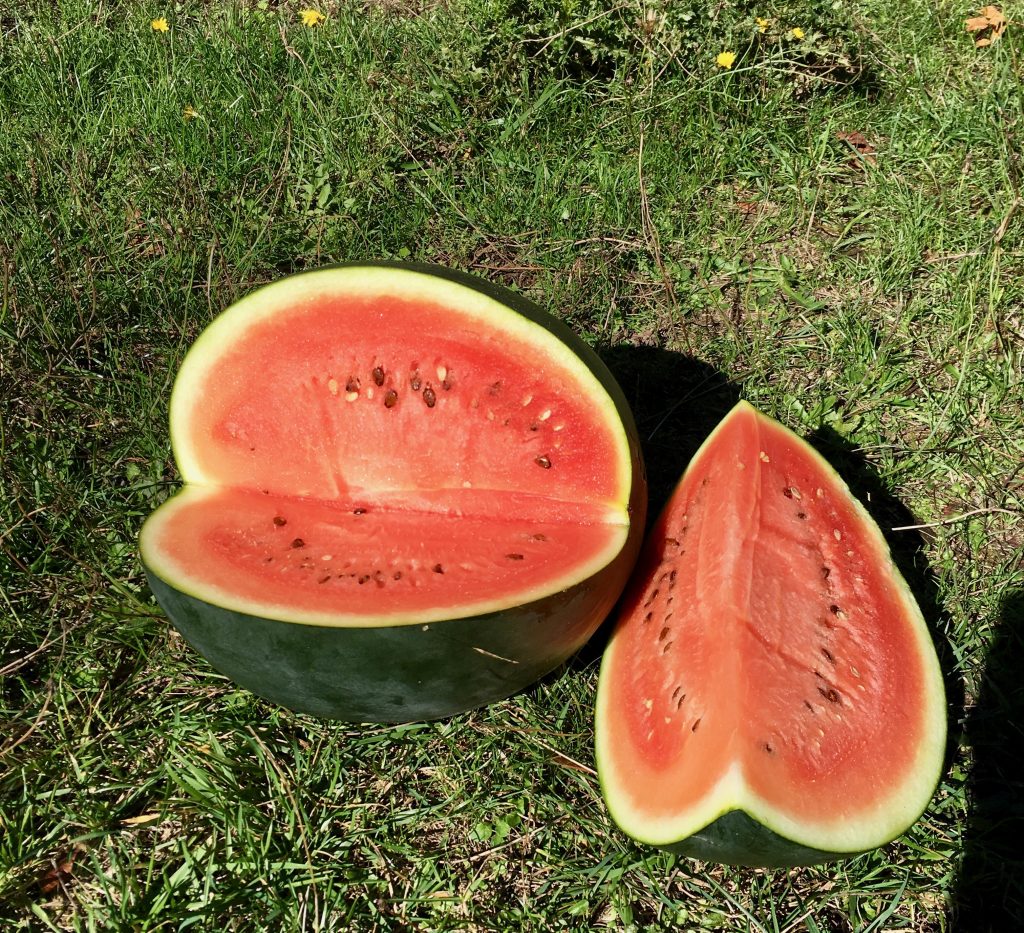 SB: So to begin with, could you tell us a bit of the backstory of the Blacktail Mountain variety that you’ve been maintaining?

SD: Okay, sure. I started growing it about 8 or 10 years ago, not exactly sure, but I got the seed originally from Baker Creek Heirloom Seeds. I started growing it because I love watermelon in the summer- who doesn’t- but I hadn’t had much success with it (and I didn’t know if that was because of me or the variety) but anyway I tried this variety because it was bred for a northern climate and is supposed to be very cold hardy and it was AWESOME. I loved it. I loved everything about it– the ease of growing it, the taste, that it looks a little different from your regular watermelon, it’s more round and very dark green, almost black with its rind colour. I kind of fell in love with it a little bit. So I started growing it every year and then saving and selling the seeds. So that’s how I got into it, at least. 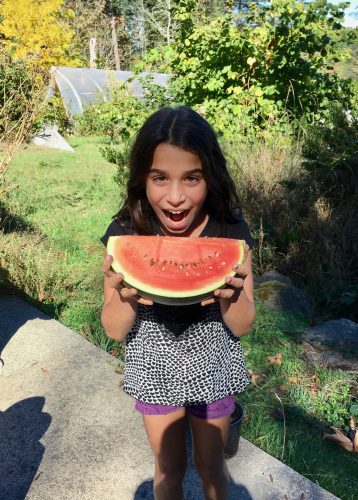 SB: Well that’s very promising to hear. When I was researching this variety I read that Glenn Drowns, the gentleman who bred the variety, had stabilized it by the time he was like 20 years old, which is incredible to me. Do you know anything about that story?

SD: Yeah, he sounds like an interesting guy. I don’t know the full story behind it but I remember hearing that he wanted a watermelon that he could grow in his climate- which was Iowa or Idaho or something- [editor’s note: it was Idaho] and even in the summer they would get frost. Apparently he planted a big field of a bunch of all different varieties of watermelons and all but two of them died or something like that. So he saved the seeds from those two and planted the field out again and a whole bunch more died but after a few years he had this variety. I guess he stabilized it- it probably took more than a few years- but if he had it done by 20 he must have started by the time he was 14 or 15 years old, which is kind of cool.

SB: Yeah, definitely. So, you’ve kind of already touched on it, but why did you decide to maintain this variety on your farm?

SD: Well yeah, it’s cause I love it, but as a seed grower… We’re all familiar with buying seeds from catalogues and they just don’t perform, right? I was really excited to grow something that really performs well in our climate and that I really had faith in, so that was super exciting to me to be able to offer that to people.

SB: So then what are your selection priorities for this variety on your farm?

SD: Okay well, first and foremost, I guess it’s kind of vigorous plants that perform well. I don’t grow acres or anything, I usually grow about a 100ft bed of watermelons, which is 50 watermelon plants, so that’s a substantial number anyway for me. The selection process starts in the cells. I’ll do 2 or 3 seeds per cell then select the most vigorous sprouter and rogue out the other ones. The selection process sort of continues on as they grow so by the time I’m ready to put them in the field I’ll have weeded out several more, the ones that aren’t just performing very well. They all go into the beds and then in the end the ones that get picked for seed are the ones with the biggest vines, the ones with the most productive melons, the nicest shape. I don’t have a set of list of like 10 different things that I select by, a lot of it is just walking down the row and going, “No no no, I don’t like that plant, this one is great over here, let’s pick this melon here,” and that kind of stuff. So there are some criteria but it’s hard to say exactly what it is, you know? 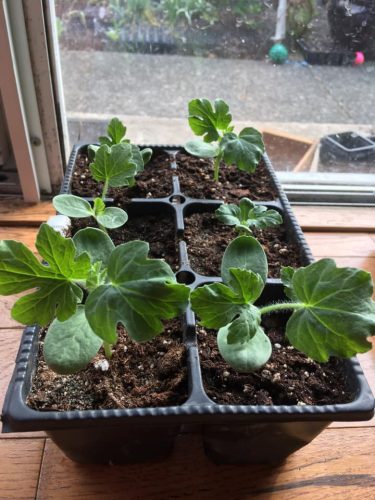 SB: So then, for the people who are growing out the seeds that you provided this year, what can people expect?

SD: I think if they’ve grown watermelon before, they can expect an easier time of it. I know that when I grew watermelons before, I struggled a lot with it. They seemed to require a ton of heat and in the end you don’t get much for all of your effort. I think they can expect that if they can grow a squash plant, then they can grow this watermelon. They should expect to get two or three watermelons per plant, or one very large one. Sometimes they’ll set seed and start growing one watermelon and then it might not set other flowers out or they might not all get pollinated because of the weather or something, but then you’ll end up with one enormous watermelon (laughing). But usually you’ll get two to three per plant depending on fertility, how much you water, and all that kind of stuff.

SB: Finally, why do you think projects like the Citizen Seed Trial are important to developing a thriving ecological seed sector in BC?

SD: I think what it does is it gets gardeners interested in saving seeds. I think that is super important. I think we need more gardeners that are doing more than just being consumers of seeds. I think historically gardeners have been the stewards of seeds and I think we need to step up and start doing that more. A hundred years ago all gardeners saved their seeds for the vast majority of what they grew and hopefully projects like this will stimulate more interest in doing that. You know, the nice thing about watermelon, for example, is that you can spit the seeds into a jar and wash them and then dry them on a windowsill and save them for next year. That’s something I tell people when I’m at Seedy Saturdays, to particularly children, which just gets them so excited. I say, “When you finish growing the watermelon, save the seeds, and you’ll never have to buy the seeds again!” and they’re like, “Really?” and they get excited about it! Hopefully more gardeners will get excited about saving tomatoes and lettuce and their peas and beans.

SB: And watermelon is a great one to start off with because you can eat the fruit. It’s not like lettuce where there’s such a narrow window where you can enjoy it if you are trying to save it for seed.

SB: All right, well is there anything else you wanted to add about this variety or the process?

SD: I guess that it’s delicious, too, that’s one thing that needs to be added. It’s not just easy to grow– it’s as easy to grow as a squash– but it’s so much tastier than the watermelons in the store, it really is. And, you know, you’ve got seeds [in it], but big deal, I like seeds obviously (laughing). I think people will have fun with it.